Religious tourism in the dominican republic

The eastern region is where is offered the highest bid in religious tourism, because in this are several monuments that attract hundreds of local and foreign visitors. In this region is the Basilica of Higuey which is a sanctuary that houses the spiritual mother of the Dominican people "the Virgin of Altagracia". In San Pedro de Macoris is the San Pedro's cathedral and in La Romana is the church Santa Rosa de Lima.

Other places in the eastern region which have interesting religious attractions are: Las Mercedes Church, in Hato Mayor, the sanctuary of la Señorita Elupina Cordero in Sabana de la Mar, the Santísima Cruz in El Seibo, among others.

Every province of the Dominican Republic celebrated every year on different dates its festivities in honor of their patron saint. This is a tradition that is carried mainly in the countries of Hispanic culture. In these festivals religious events, concerts, dances, fairs, festivals, rides and bullruns are included. 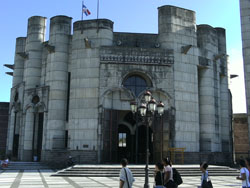 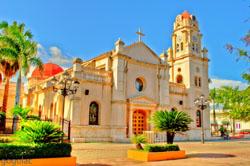 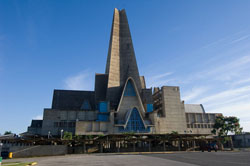